“There were no cars or people in the area and what I did was perfectly safe. What was the point of giving the ticket? It’s time to hire educated police officers who can exercise judgment.1″, cried Bob Miller to one of the columns of Gary Richards on July 17, 2016. Bob apparently received a ticket on a red light while he was turning right in Campbell, complaining that he should have received a warning ticket instead.

This post by Bob had set the readers in a firestorm of disagreement, bashing, and disbelief, defending that anyone is governed by the State of California Traffic Law. As stated in The California Department of Motor Vehicles (DMV), A red arrow sign means to stop and should wait for the green signal or arrow appear and the driver should not turn against the red arrow. A flashing red traffic signal means to stop and can proceed when it is deemed safe, reminding the drivers about the right of way rules2. To Bob’s perspective, he relayed his two cents about California stop on July 18, 2016, in response to the hundreds of comments he received about his complaint the day before. He said that he was not surprised by the brutal comments that he had received, with the accusation that he is a whiner and cop blamer instead of shutting up and pay for the ticket. He said that it’s about time for the traffic regulation be more relevant to the situation of the offender, this sentiment comes into play when a person who is wrongfully issued with a ticket and now he is just stating alternatives that the traffic regulation should take a better look to check the relevancy.

Bob Miller’s stand is to give the traffic cops the liberty to judge whether the apprehended driver should receive a traffic ticket or a warning ticket depending on the case. He also stated that if we spend enough time to observe, the majority of the driving population in the state is not following the full-stop rule nor the right-on-red rule when there is no reason to stop for. Few commenters showed their support to Bob’s perspective, relaying their own traffic situations and getting a ticket.

However, most of the majority showed their disagreement with Bob, saying that when its red light, he has to stop and should be receiving a ticket for not doing so, and not put the blame on the cops. One commenter even mentioned how “no one is above the law” applies, even to his 85-year old father who was reprimanded when he was on his way to purchase medicine for his cancer surviving mother and was charged $200 for the violation. While it can be a good news and a relief for the California Driving community to receive a warning ticket on these cases, the traffic cops are just doing their job to implement the traffic law and use this experience as a learning tool and be more careful next time around. 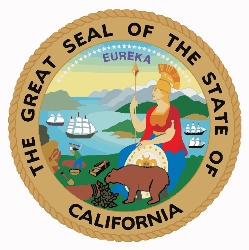 Your California driving record contains information about your traffic convictions, including DUI, t[...]

What is ‘legally drunk’ in California? In California, drivers who are below 21 years old are cons[...]