Under the Wisconsin’s graduated driver’s licensing (GDL) program, first time driver license applicants are required to obtain a learner’s permit as the first stage. The WisconsinDMV is in charge of the GDL program and it requires first time driver’s license applicants to complete certain milestone before they can obtain their unrestricted driver’s license. The GDL program is designed to instill the skills necessary to be a safe and responsible driver. In addition, you will also be required to take a written permit test.

If you are a new Wisconsin resident ad you hold an out of state learner’s permit, you can transfer it as long as you completed a Driver’s Ed course. The course must include30 hours of classroom instruction, 6 hours of behind-the-wheel training and 6 hours of in-car observation.

The Wisconsin written permit tests are administered on computer-based kiosk stations at DMV service centers. The test contains a series of multiple choice questions that are directly obtained from the Wisconsin Driver Handbook and they cover a number of topics which include: Wisconsin traffic laws, road signs, safe driving techniques, defensive driving, vehicle positioning, signaling and communicating to other drivers, parking, sharing the road, road signage, entering and exiting the freeway, lane use, and accident and emergency procedures.

While preparing for the written test, the Wisconsin DMV recommends that you go through the Wisconsin Driver Handbook which has all the information that will be set in the test. In addition to the driver’s manual, you can also prepare for the test by taking online practice tests.A combination of the two will help you test your knowledge about the rules of the road in Wisconsin, learn what it takes to pass the written test and familiarize with the format of the actual exam.  If you do not pass the test in your first attempt, you will have 4 more attempts within one year of the first time you took the test. However, if you fail the test more than 5 times you will be required to get special permission from the DMV to retake the test again. In addition to the written permit test, you will need to take a vision test and pay $35 permit fee. 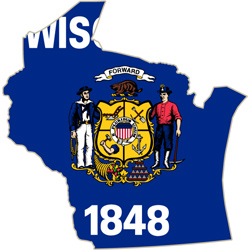 What is ‘legally drunk’ in Wisconsin In Wisconsin, it is illegal for drivers under the age of 21 y[...]

Drivers Permits in Wisconsin According to a research done between 2006 and 2010, car accidents ar[...]