Despite the fact that getting your learner’s permit is an exciting experience, going through the process as safely and responsibly as possible is also very important. According to the Alabama Department of Public Health, the rate of teen driver fatalities in the state is one of the highest in the country. As a result of this statistics, the Alabama DMV implemented a Graduated Driver Licensing program (GDL). Under the GDL program, there are milestones and guidelines that teenagers must follow and complete before getting their driver’s license.

However, in certain situations there are a few compromises where teens are excused from the GDL program, in addition, under such circumstances teens can skip the learner’s permit stage and obtain an unrestricted driver’s license. Some of the circumstances include:

Obtaining your learner’s permit will be the first step on your path to your Alabama driver’s license if none of the circumstances stated above apply to you.

When applying for your learner’s permit or restricted driver’s license in Alabama, you will have to take a written permit test which costs $5. To take the test, you will have to make an appointment with the Alabama Department of Public Safety (DPS).

The written permit test is made up of questions about Alabama state-specific traffic laws, rules of safe driving and road signs. The test questions cover a range of topics including: who has the right of way, what’s the safe stopping distance and it is basically created from the contents in the Alabama Driver License Manual. In addition, you will also need to take and pass a vision test.

While preparing for your test, you can opt to use an online practice test rather than studying the entire driver license manual. You should keep in mind that, in case you fail the test, you will have to pay $5 again before retaking it. 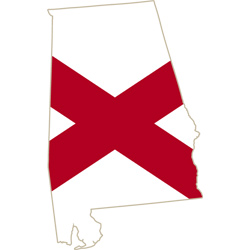 What you need to know about Drunk Driving Penalties and Repercussions of a Conviction in Alabama. [...]

What is ‘legally drunk’ in Alabama? In Alabama  teenagers (below 21 years), drivers of commercial[...]