What is ‘legally drunk’ in Oregon

DUI is a Class A offense under Oregon law except when the offender has been convicted for more than two time of other DUI offences in 10 years before the date of the fourth or subsequent offense. In such a case, the offender will have committed a Class C offense.

For first time (Class A) offenders, they face the following penalties:

For second time offenders within five years of the first conviction, they face:

For third time offenders, they face:

The Point System in Oregon

Though the Oregon Driver and Motor Vehicle Services Division (DMV) do not use the point system, the DMV takes note of how many tickets you get. Driver involved in preventable accidents or those who get numerous tickets are subjected to suspensions or driving restrictions under Oregon’s Driver Improvement Program. 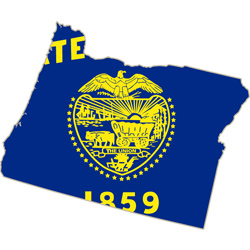 The Oregon Driver and Motor Vehicle Services Division (DMV) is responsible for issuing of driving re[...]