What is ‘legally drunk’ in Iowa?

For first time offenders they face the following penalties:

For second time offenders, they face:

For third and subsequent offenders, they face the following penalties:

Underage drivers who are convicted of a DUI offense will have their driver’s license revoked in accordance with the laws applicable to adult offenders.

The Point System in Iowa

The Iowa Department of Transportation’s Office of Driver Services in Des Moines awards points and monitors driving records. If you accumulate too many points within a specific period of time the Office of Driver Services may restrict or suspend your driving privileges. In addition you may also face Iowa court/DMV fines, higher car insurance rates and defensive driving requirements. A conviction of driving under the influence of alcohol you can expect 4 points. 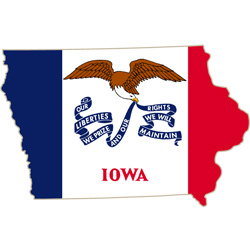 According to the Iowa Department of Transportation (DOT), driving a vehicle is the most risky activi[...]

Iowa Teen Drivers In an effort to save the lives of Iowa’s teen drivers and help them become more[...]

A driving record is basically an official document that has information about your driving history. [...]