What is ‘legally drunk’ in Indiana?

For offenders with at least one previous DUI conviction, they face a prison term of not more than five days or at least 180 hours of community restitution or service. The offender must also undergo an alcohol assessment and attend a treatment program. The suspension period for the offender’s driver’s license is 1 to 2 years.

For offenders with at least two previous convictions, they face a jail sentence of not less than 10 days or at least 360 hours of community restitution or service. In addition, the offender must also undergo an alcohol assessment and attend a treatment program.

For drivers under the age of 21 years, they face a  driver’s license suspension of up to one year and a fine of up to $500, if their BAC level was at least .02 but less than .08. For offender convicted with a BAC level that is more than .08, they me subjected to penalties applicable to adults.

The Point System in Indiana

The Indiana Bureau of Motor Vehicles (BMV) gives points for any moving violation. Points vary depending on how serious the offense you were convicted for was.  For a DUI conviction you will get 8 points. 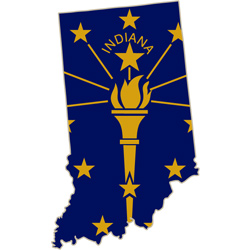 Being able to drive is an exciting experience; however safety should always be a priority. As a resu[...]

Indiana Graduated Licensing For teens, driving is an exciting experience. However, Indiana has im[...]

You can order your Indiana driving record through the Indiana Bureau of Motor Vehicles (BMV). Your d[...]