What is ‘legally drunk’ in Hawaii?

The state of Hawaii has no legal drinking limit for drivers under the age of 21 years; as a result it is illegal for minor drivers to drink alcohol. For non-commercial drivers above 21 years, they are considered to be legally drunk if their blood alcohol level is more than .08. However, for commercial vehicle drivers they are legally drunk when their blood alcohol level is more than .04. Drivers should note that school bus drivers are considered to be commercial drivers under Hawaii law.

For first time DUI offender, they are faced with the following penalties:

For second time offenders within five years of the previous offense, they face the following penalties:

For offenders who are convicted for the third time, they face:

For offenders convicted of DUI four times within 10 years of the first offense they are considered to be “habitual offenders”. The face the following penalties:

All DUI offenders are referred to a driver’s education program for assessment by a counselor of the offender’s substance abuse and the need for appropriate treatment.

The Point System in Hawaii 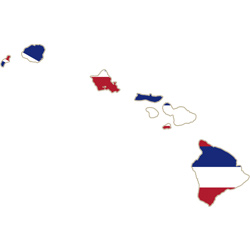 For Hawaii residents wishing to become driver, there are a number of steps they need to complete bef[...]

Hawaii License Requirements For Hawaii teens who wish to get a driver’s permit, there are a numbe[...]

Your Hawaii driving record is essentially a snapshot of your driving history in the state. It shows [...]