What is ‘legally drunk’ in Arizona?

First time DUI offenders face imprisonment for at least 10 days, a fine of at least $250, in addition, the offender will have to pay $1,000 to be deposited in the state general fund and the prison construction and operations fund. The suspension period for the offender’s driver’s license is at least 3 months.

For second time offenders within two months of the previous conviction, they face imprisonment of at least 3 months, pay a fine of at least $500 and additional assessments fee of up to $5,000, and the revocation period for the offender’s driver’s license is one year. After the offender’s license is reinstated, he/she will be required to equip his/her vehicle with a certified ignition interlock device.

For third time offenders and subsequent offences within a three month period, the offender is subjected to “aggravated driving while under the influence” law. The offender will face 2 ½ years in prison, a fine of at least $750 and an additional assessments fee of $1,750. Furthermore, it is mandatory for the offender to attend an alcohol education or treatment program; the revocation period for the offender’s driver’s license is three years. After the offender’s license is reinstated, he/she will be required to equip his/her vehicle with a certified ignition interlock device.

The Point System in Arizona

The Arizona Motor Vehicle Division (MVD) assesse points against your driving record every time you are convicted of any violation, or forfeit bail for a moving violation. For a DUI conviction you get 8 points. Different violations carry different points; however some violations have such high value that they immediately invalidate your license. 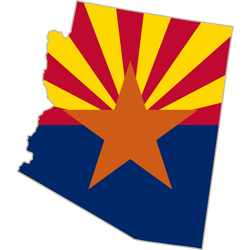 The Arizona Motor Vehicle Division (MVD) is responsible for issuing out driver’s permits to first ti[...]

Apart from showing the status of your driving license, the Arizona driver license motor vehicle reco[...]